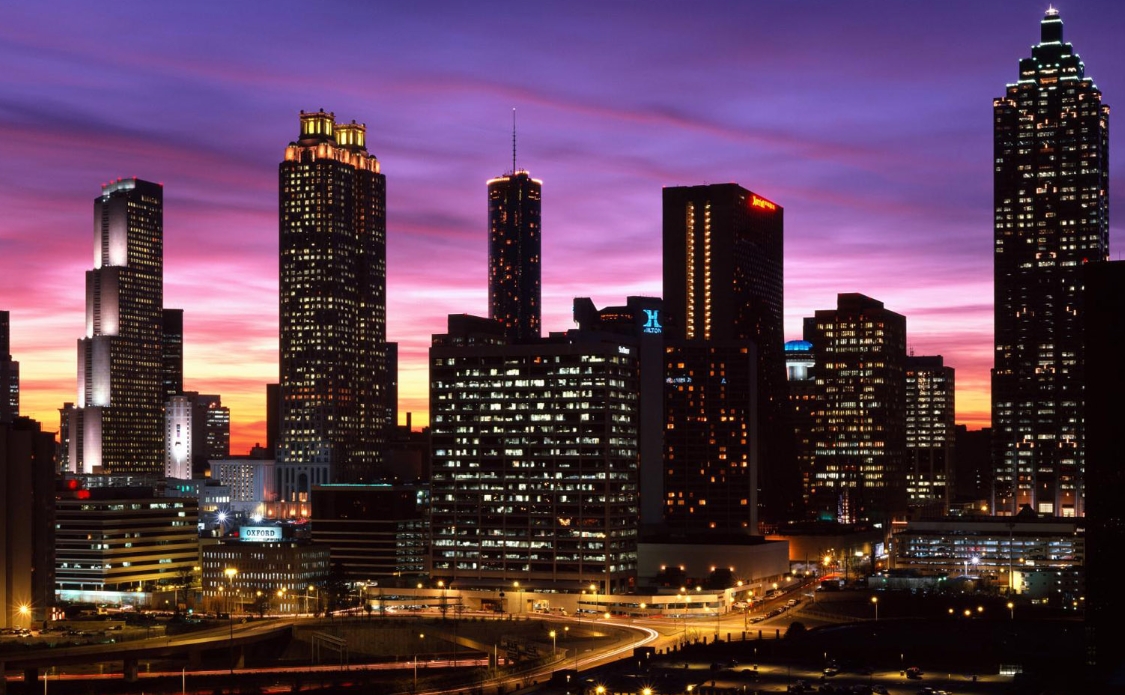 The eskca staff has compiled the very best places to eat in Atlanta, Georgia. You can see our methodology here. 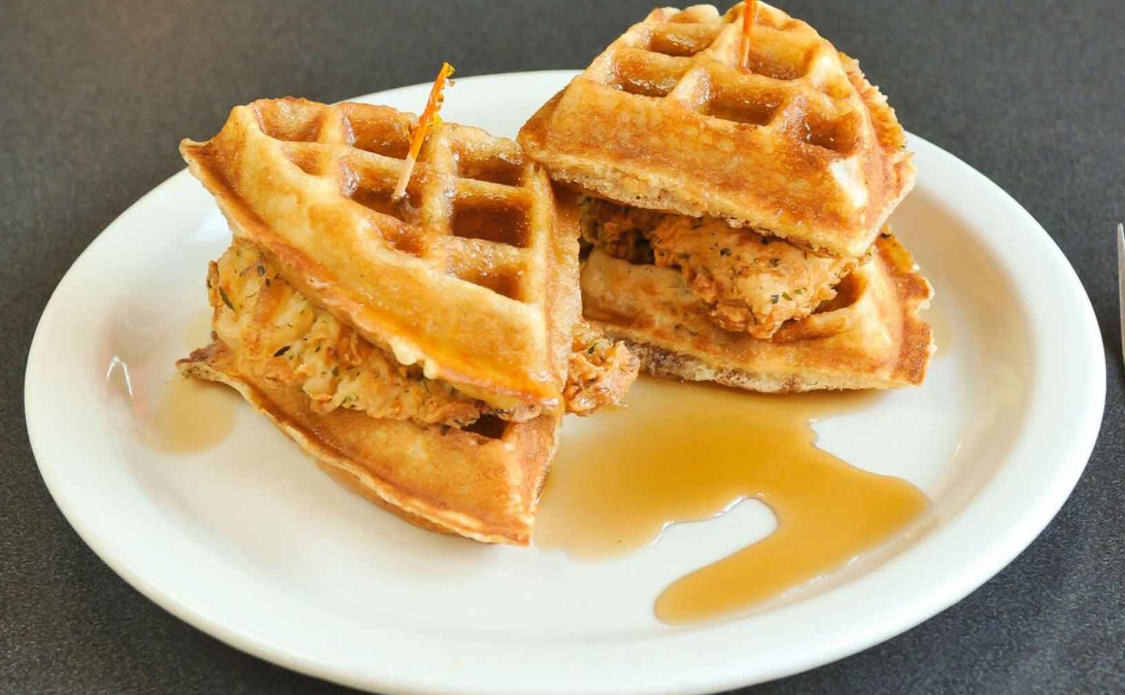 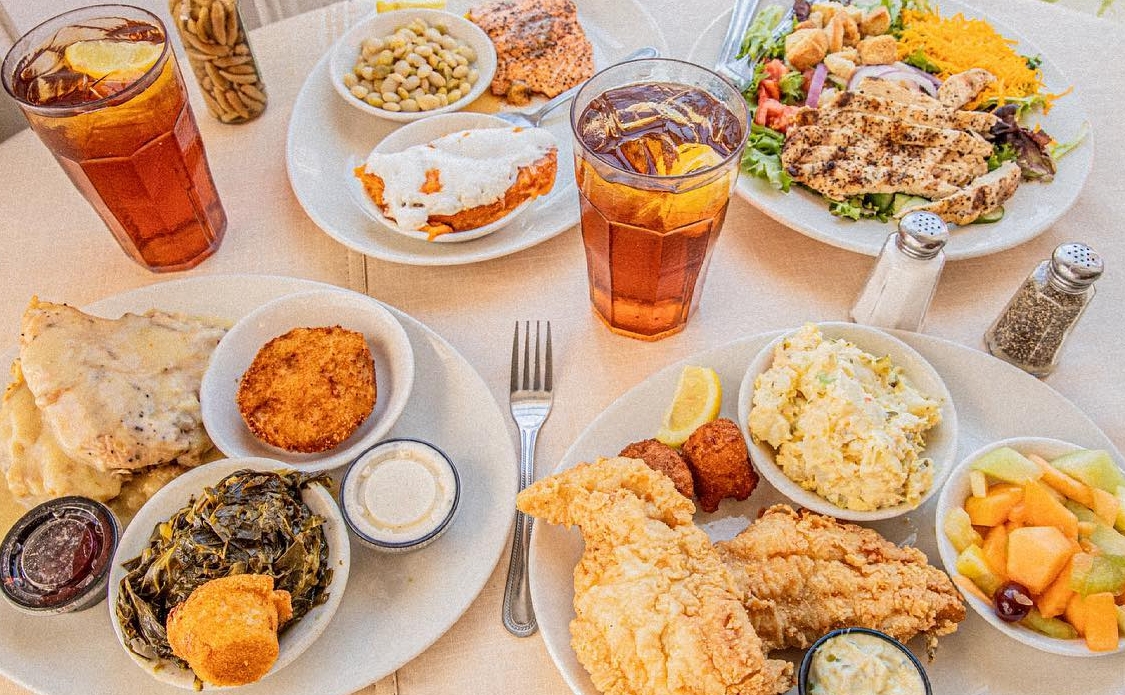 “Today, the tradition of Southern cuisine and hospitality continues. We have a few people still serving and cooking at Mary Mac’s who have been employed with us for over forty-five years. The location has stayed the same, and the food remains nearly identical to what it was over seventy years ago. We were recently honored by the State of Georgia and the House of Representatives with a special resolution for providing authentic Southern fare, always served with a side of Southern graciousness, and we were officially named “Atlanta’s Dining Room”. We look forward to serving you soon!” 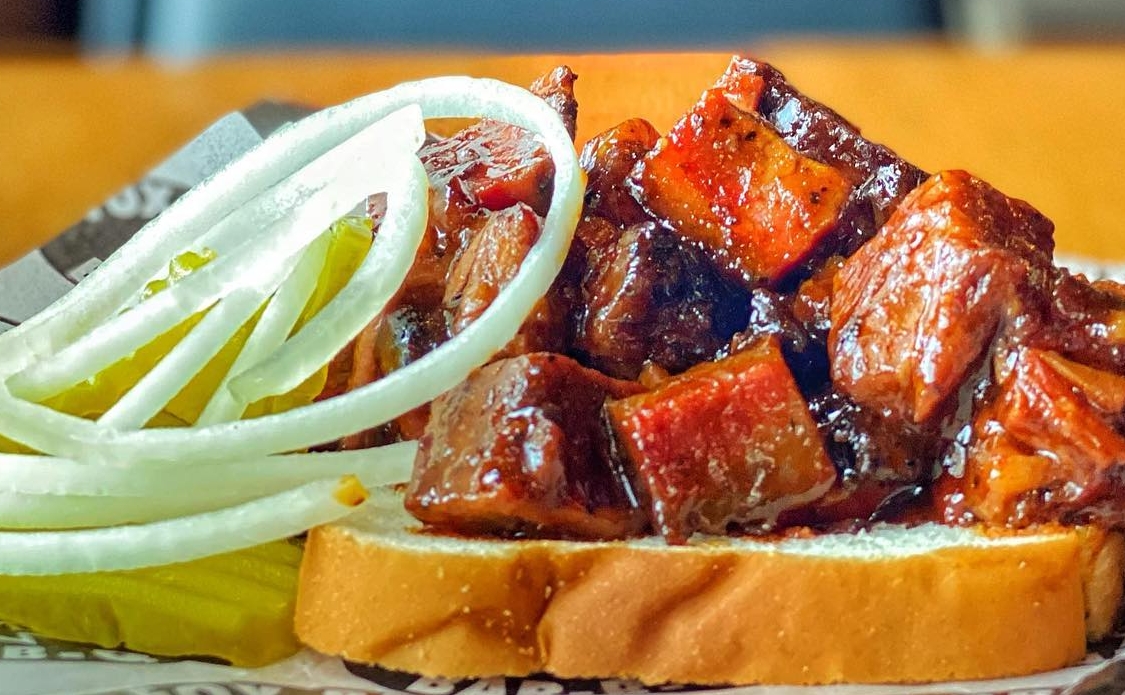 “Growing up in Texas, twin brothers Jonathan and Justin Fox were inspired by Texas heat and southern spice. After moving from Fort Worth to Atlanta, Justin and Jonathan were homesick for Texas-style barbecue and after being unable to find the flavors they grew up with, the twin brothers decided to take matters into their own hands. With no professional training, Jonathan and Justin began throwing backyard gatherings for friends and family to test out their barbecue skills. Small gatherings grew into cooking for over 250 people, a barbecue catering operation was born. After a pop-up stint at Smith’s Olde Bar in 2005 where Fox Brothers was named “Runner-up Best Barbecue in Atlanta”, the brothers decided to open their own restaurant. In 2007, The Brothers along with partner Beau Nolen, opened the Candler Park location on Dekalb Avenue and began welcoming guests with their signature style of smoked brisket, pulled pork, wings, and a mix of original side dishes seven days a week.” 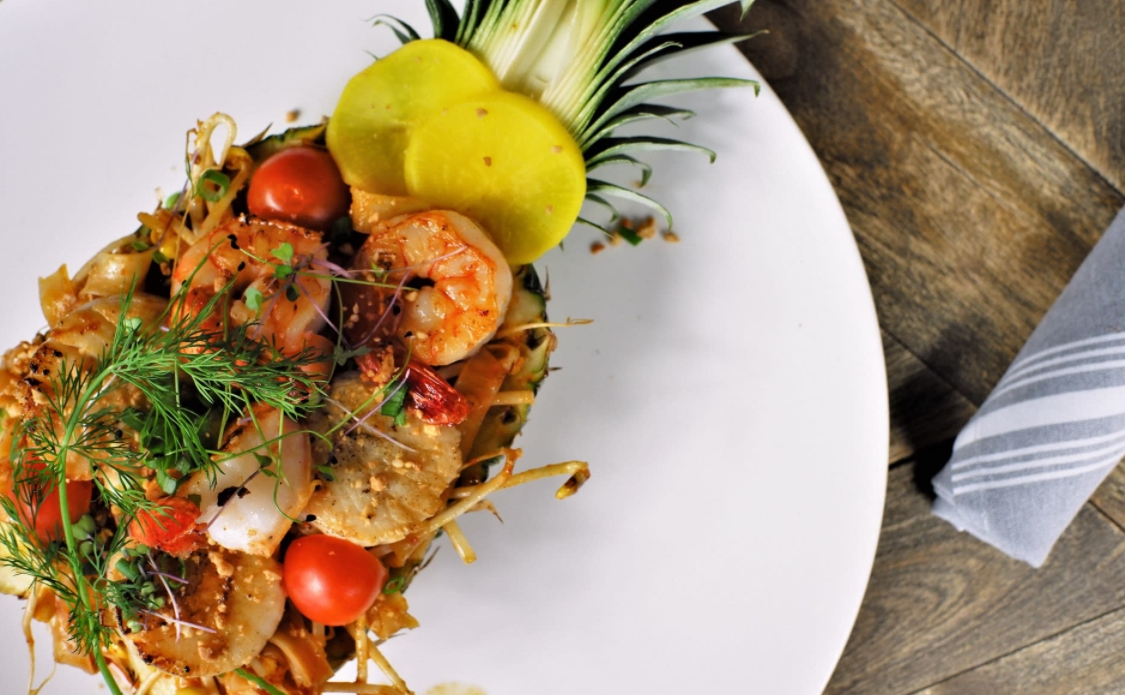 “Established in November 2012, Poor Calvin’s is a unique boutique restaurant in Downtown Atlanta that offers rare Asian-inspired cuisine with Southern comfort. Originally from Vietnam but raised and classically trained in Germany, owner and chef Calvin Phan has brought his perspective of international culinary fusion to the front line of Poor Calvin’s. This quaint restaurant, acknowledged as one of Atlanta’s best-kept secrets, serves up an innovative blending of Eastern flavors and Western techniques and presentations, using only the freshest and most flavorful of ingredients. Chef Phan also presents an impressive menu filled with fresh daily seafood, locally resourced fresh vegetables, and homemade pasta.

Originally from Vietnam but raised and classically trained in Germany, owner and chef Calvin Phan has brought his perspective of international culinary fusion to the front line of Poor Calvin’s. This quaint restaurant, acknowledged as one of Atlanta’s best-kept secrets, serves up an innovative blending of Eastern flavors and Western techniques and presentations, using only the freshest and most flavorful of ingredients. Chef Phan also presents an impressive dessert menu, all made in-house, including one-of-a-kind delectables like the Suspension Cake and Fuji Apple.” 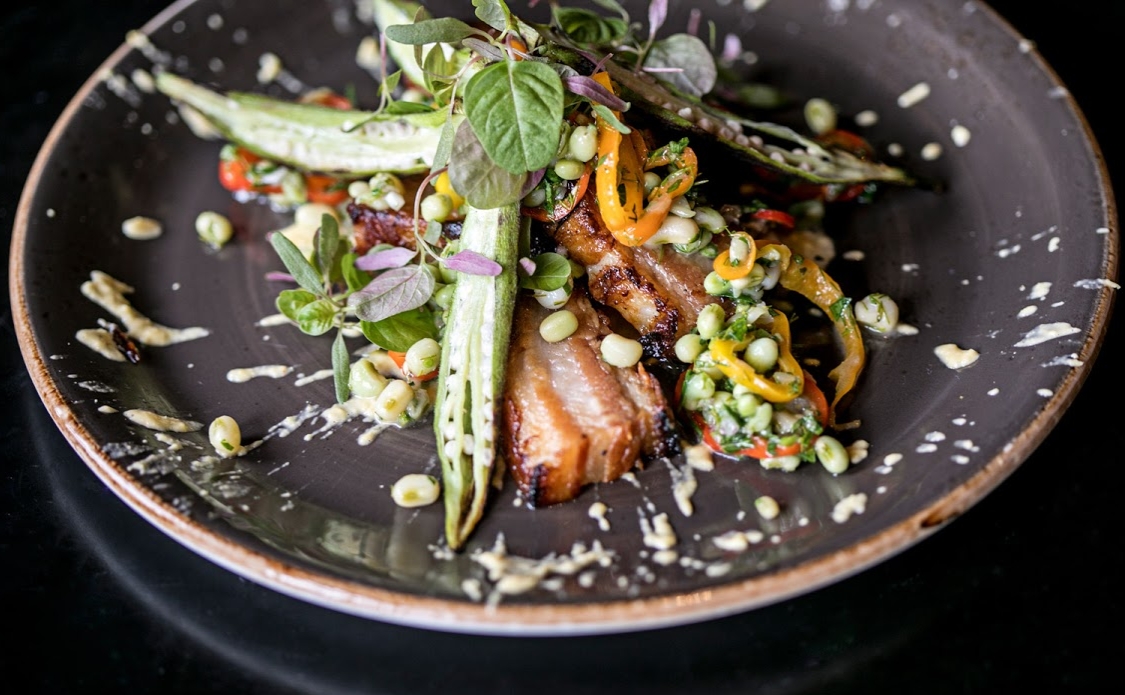 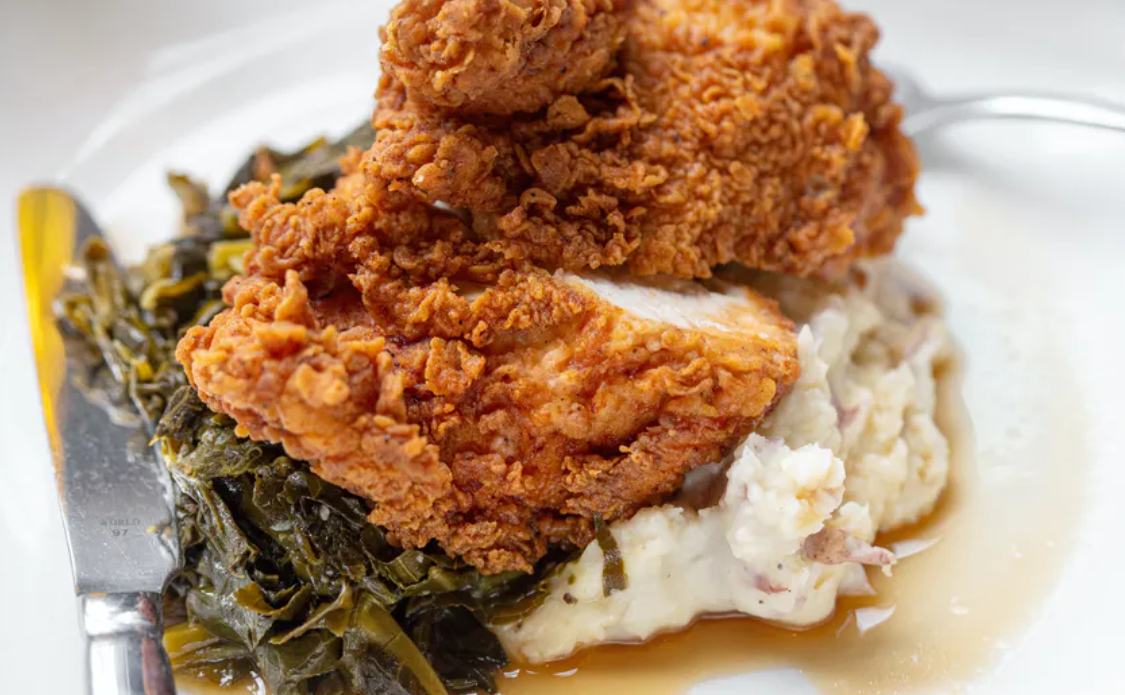 “South City Kitchen Midtown serves Southern classics with a sophisticated spin from an iconic bungalow in the heart of Midtown Atlanta. Since opening more than two decades ago and changing the landscape of Southern cuisine and the Atlanta restaurant scene, we’ve been serving signature dishes like fried chicken and shrimp & grits alongside innovative, inspired regional cuisine.

Whether you’re in Atlanta on business, enjoying a romantic night out on the town or meeting up with friends before a show, dine with us and enjoy the best contemporary southern food in Atlanta.” 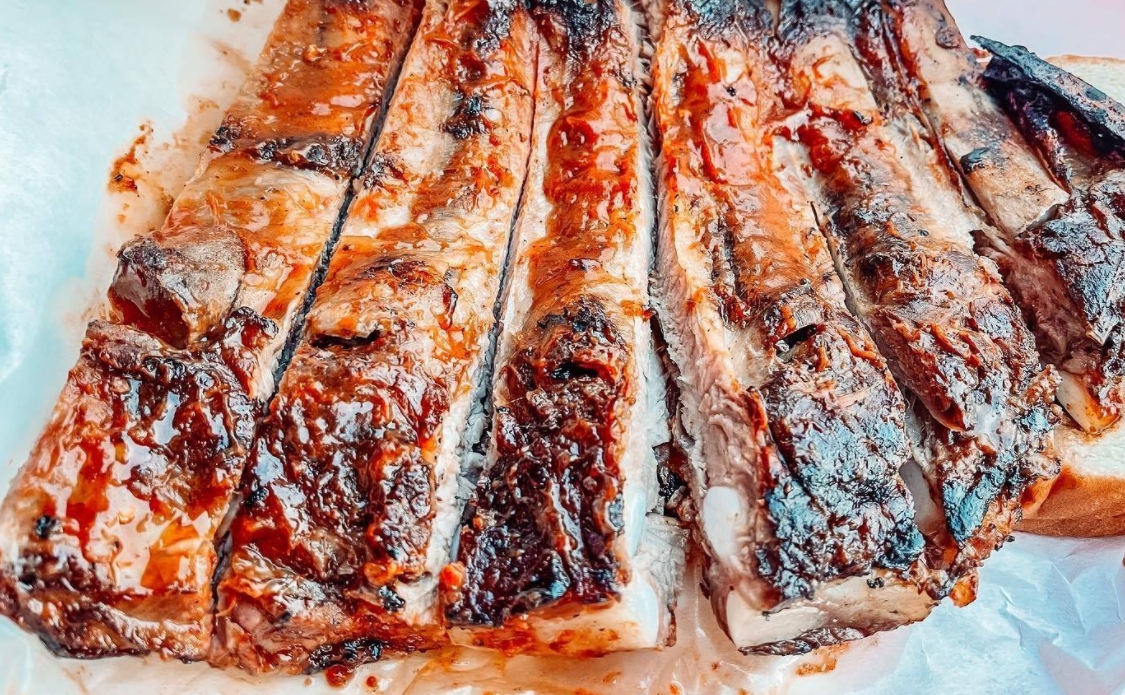 “Award winning Fat Matt’s Rib Shack has been around since 1990 and is one of Atlanta’s favorite hot-spots. They feature great BBQ, live blues nightly and a casual setting for the whole family to enjoy. A few important reminders are that they now accept Visa, Mastercard, Amex and Discover cards, they ID for beer and if you must wear a tie at least loosen the knot before entering.

Seating is first come first serve, inside and outside. During the busiest times a little patience is required, but tables generally turn over quickly, and after orders are placed food is served fast and hot.” 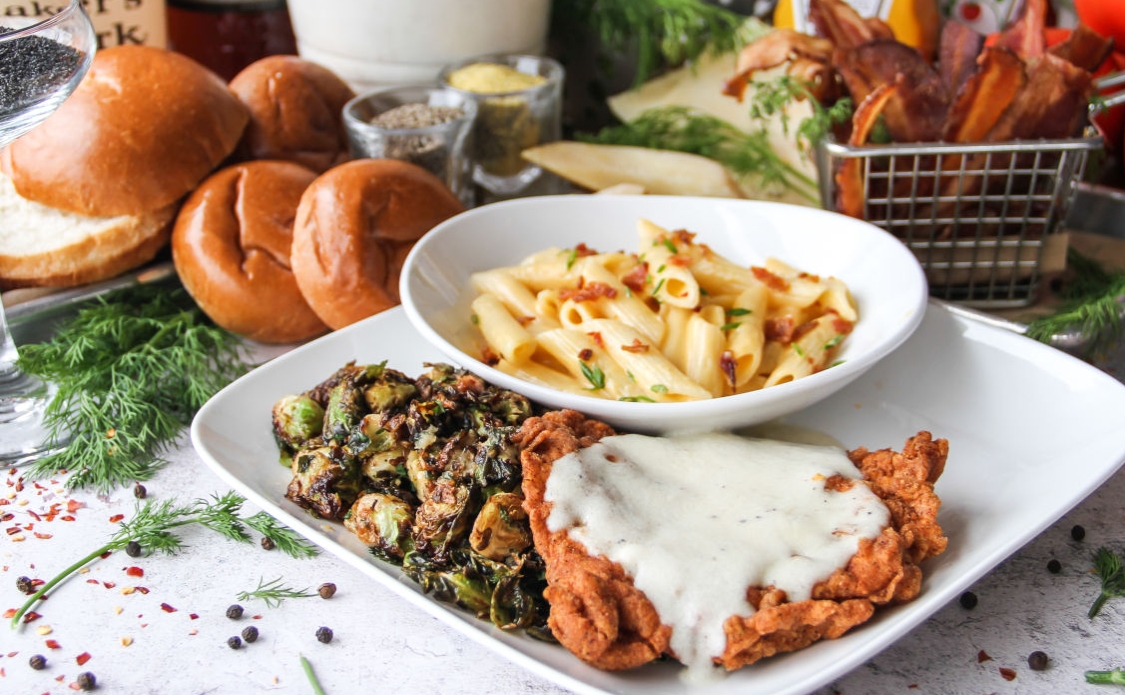 “Leave your typical burger joint notions at the door.

We take the American classic and flip it on its head to deliver a unique culinary experience on a bun.

FLIP is all about creating a modern, imaginative, chef-driven dining experience that gives all your senses a night out.

It starts with food. Our signature black Angus blend beef burgers are hand made and carefully sourced, as is our locally-farmed pork and sustainably raised seafood. Our condiments and sauces are made in-house daily, and our innovative N2 milkshakes have been recognized as some of the best in the nation.” 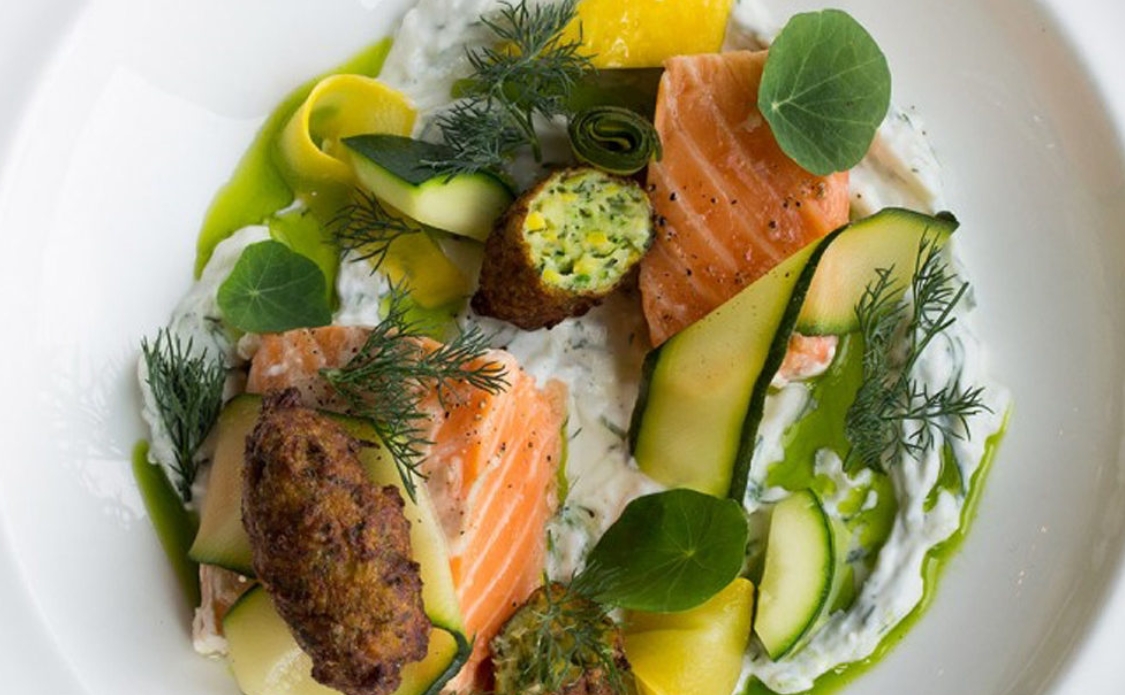 “Balanced by both culinary expertise and natural aesthetics, Canoe offers a rich, flavorful experience for all your senses. One that has garnered numerous accolades, like being inducted into Nation’s Restaurant News 2005 Fine Dining Hall of Fame.Here, the river rolls past a tranquil waterfront that is enhanced by a natural, yet manicured landscape – offering colorful gardens, crisp white special-event tents and meandering walkways that are the perfect spot for a before or after-dinner stroll.” 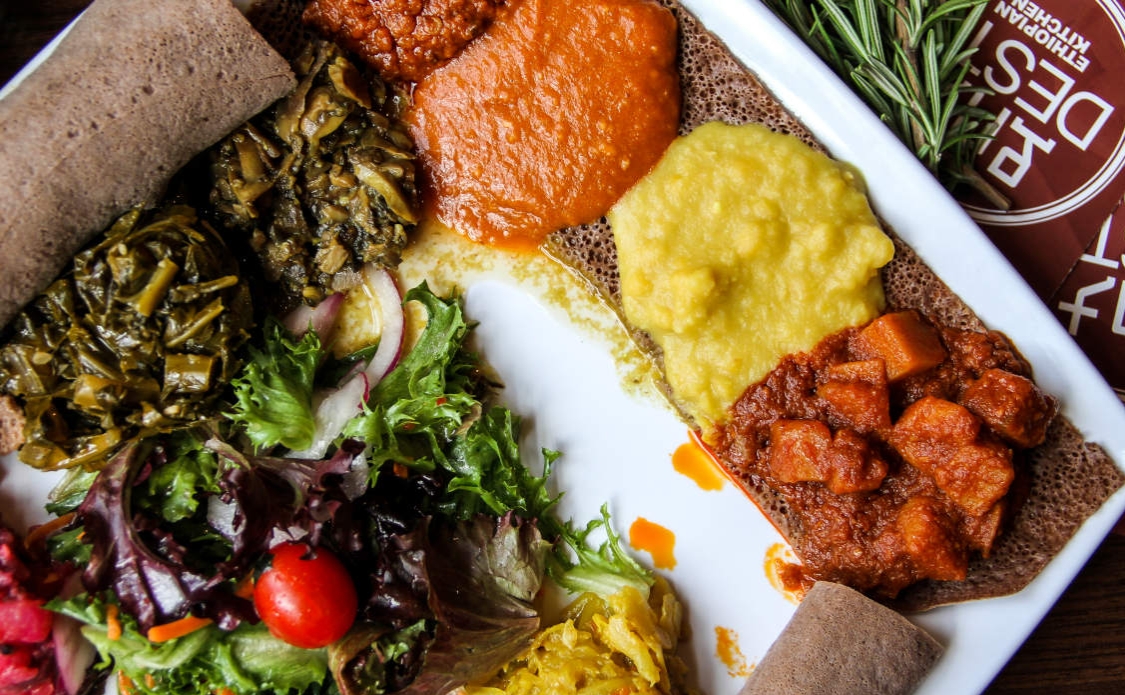 “Co-owners Ash Nega and Titi Demissie were both born and raised in Ethiopia. The two met later in life in Atlanta and instantly knew they would be a team forever. A few years later, Ash had a dream and a clear vision of Desta. His wife, Titi, faithfully and passionately dedicated herself to implementing the idea.

The couple decided to start small and focus on what was important within their business model: authentic flavors, high quality ingredients, organization, cleanliness, speed and great service. After a lot of planning and hard work, Desta Ethiopian Kitchen opened its doors on July 1st, 2006. At the time, the restaurant served 8 people – 4 seated at a table and 4 standing at a counter top.